The Curse of Victory 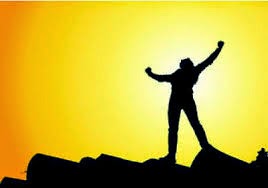 Elijah was God's spokesperson.  Because he announced a drought for the people of Israel, he was at odds with the king and queen.  When he challenged the fake god of the people to prove his superiority over God, he was putting everything on the line.  If God did not prove Himself, Elijah would look like a fool and surely be killed on the spot.

But after God showed up, the queen swore to have him killed.

What?  This was Elijah's finest moment.  It was a victory for the ages.  Elijah demonstrated confidence and wonder.  Elijah experienced relief and vindication.  If that was not faith, what is faith?

Yet, immediately following Elijah’s finest hour, he was attacked.

This is a powerful truth to consider:  Followers of God are most vulnerable after success

This is what the book of 1 Kings tells us happened next...


When he came to Beersheba in Judah, he left his servant there, while he himself went a day’s journey into the wilderness. He came to a broom bush, sat down under it and prayed that he might die. “I have had enough, Lord,” he said. “Take my life; I am no better than my ancestors.” Then he lay down under the bush and fell asleep. All at once an angel touched him and said, “Get up and eat.” He looked around, and there by his head was some bread baked over hot coals, and a jar of water. He ate and drank and then lay down again. The angel of the Lord came back a second time and touched him and said, “Get up and eat, for the journey is too much for you.”  1 Kings 19:3-7

When we experience success, we expect shiny new toys.  Tropies.  Plaques.  At the very least a gift card.  And it is in that moment…as we stand on stage, hearing the applause of the crowd, that we are most vulnerable.

Winning erodes our dependence on God
We begin taking credit for things we didn’t do. We lose that desperate longing for God to show up. The more God does for us, the less we realize our need for him.  Perhaps this is why I refuse to teach my teenage kids how to tie their shoes or read a clock.  I want them to need me!!!  But seriously, when things are going well we do lose sight of our dependence on God.


Winning hinders our appreciation of others
We were created to be in a band.  Not to sing karaoke. We have parts to play.  We are not THE WHOLE PLAY.


Winning distorts our confidence in ourselves
When we experience success, we attribute it to the wrong things.  Elijah's success as a spokesman for God was not due to his voice.  It was due to his faith.  Your greatest strength is more likely to be your courage than your skill.  Your patience than your talent.  Talents fade.  Character does not.


So how should we handle success?

*  Immediately express gratitude to someone in your life who played a part in your victory.

*  Correctly identify the traits that led to your finest hour and major on those.


We all want to succeed but sometimes it is in a loss that we learn who we were created to be.