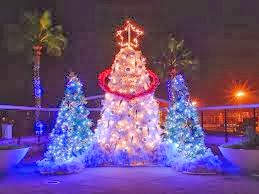 Joseph and Mary were on the road trip of a lifetime.  Miles and miles with a mule serving as a carriage.  Traveling to the hometown of their ancestors for a government mandated head-count.  What a terrible time to conduct a census!  As if traveling was not enough, this journey was in the ninth month of a pregnancy.  And not just any pregnancy.  This pregnancy was different.  Very different.

So, for thousands of years Jewish families awaited the fulfillment of the promise.  They just knew that when the Savior arrived it would be huge!  Unmistakable!  Earth shaking!  Think quiet birth in an obscure impoverished town...and then think the opposite.  That would surely be how the promise was fulfilled and revealed.

When Mary packed for the journey, she packed more than clothes and blankets.  She saddled up the burden of her people.  She and her husband would become parents of the fulfilled promise.  Their child would overthrow the oppressors and take his rightful seat on the kingdom’s throne.

Imagine the confusion Joseph must have experienced as he led his pregnant bride to Bethlehem.  Did he do the right thing?  Should he have agreed to go through with the marriage?  What guy in his right mind marries a girl who is pregnant with someone else’s child?  Even if the child miraculously came from God, how could he ever pretend to be the kind of dad a child like this would need?  And those thoughts surely led to even bigger questions.

Why would God choose to change the world through humble, ordinary, common people?

Why would God choose to send a future king without a royal birth?

And what the heck will he do when the baby needs to be corrected?  Spank the Savior?

So Joseph and Mary traveled...loaded with the baggage of an entire nation.

When they arrived on the outskirts of town, they were welcomed with signs of NO VACANCY.  The pain of the contractions was too much.  It was time.  Joseph did what he had to do.  He found a barn that, to no one’s surprise, was available.  And there, in the moonlight, God kept His word.

Joseph tried to make his bride as comfortable as possible.  He calmed her.  He reassured her of his commitment to her.  And he told her it was time.

Mary gave birth.  She and Joseph named their son Jesus.  And as the baby cried, God smiled.

I believe God smiled because this was the first gift of Christmas.

If you feel unloved, forgotten, abandoned, and alone, this gift is for you.

If you feel confused, ashamed, and without direction, this gift is for you.

If you feel like you need nothing, reject the idea of love, and ignore the existence of God, this gift is for you.